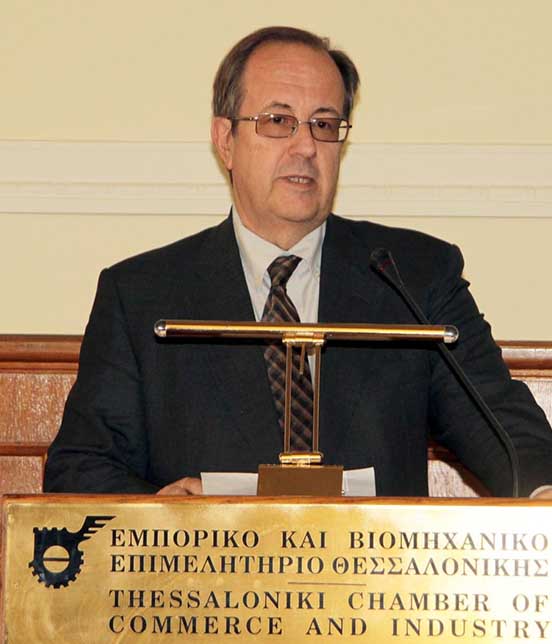 , 1st VP of Thessaloniki Chamber of Commerce and Industry

Born in Thessaloniki/Greece, in 1955. After graduating the German School of Thessaloniki, studies in Economics and Business Administration at the Ruhr University of Bochum/Germany.
Graduation in May 1978. Post-graduate studies in Operation Research at the «Rheinisch-Westfaliche Technische Hochschule» of Aachen.
Fluent in English and German, good knowledge of French.

BSEC Business Council Board Member for Greece, since September 2011 up until December 2014