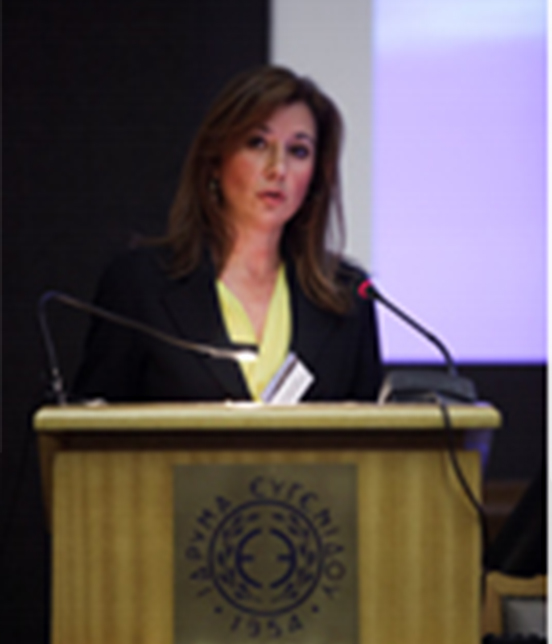 Marika Karagianni is a law graduated and political scientist with expertise in European and international energy issues. She has studied at the Law School of the ECIA, the College of Europe (Bruges), the European Political and Administrative Department, and the Democritus University of Thrace, Department of Black Sea Countries. She has been trained by scholarships at the Diplomatic Academy of the Russian Foreign Ministry (2002) and at the Azerbaijani Foreign Ministry Diplomatic Academy (2011) on the Caspian Energy Sector at the Harvard Kennedy School of Government (2014) on International Energy Security and NATO SCHOOL OF OBERAMMERGAU (2014) on energy security and supply to NATO in times of war or crisis. Between 1998and 2006 he was a lawyer, member of the Athens Bar Association. She has served at the Press Office of the European Parliament in Athens (1999), at the Ministry of Foreign Affairs of Greece (2000–2005), (Office of the Minister of Foreign Affairs, Counselorof the Deputy Foreign Minister for Energy, BSEC Scientific Co–Operator, Black Sea Economic Cooperation Organization Coordinator of the Greek Chairmanship in the BSEC). Since 2006 she is a permanent expert at the Ministry of Public Order –Citizen Protection. She regularly reports to the Greek and European energy press and travels to the Caspian and Middle East regions. She speaks English, French and Russian. She is married.