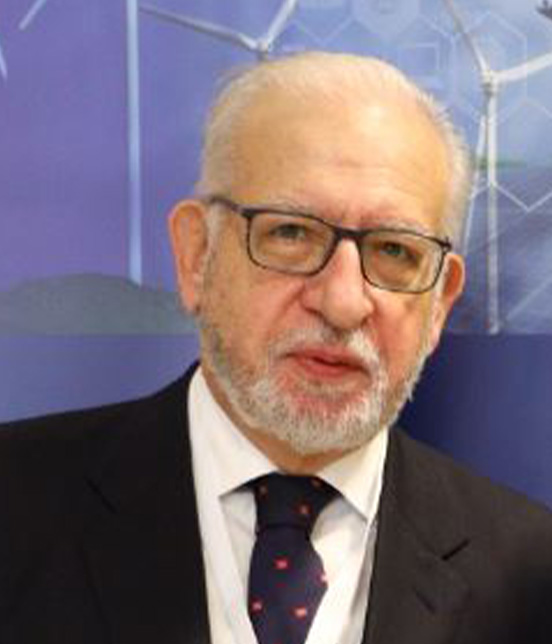 The current Executive Director of IENE is Mr. Costis Stambolis who has a background in Physics and Architecture having studied at the University of London, at the North East London Polytechnic (NELP) and at the Architectural Association in London from where he holds a Graduate Diploma in Architecture and Energy Studies (AA Dip. Grad). He also holds a professional practice license from the Technical Chamber of Greece (TEE), and Masters Degree from the Said Business School, University of Oxford, where he studied “Strategy and Innovation”.

Costis has carried out numerous studies and projects on Renewable Energy Sources in developing countries with emphasis on solar energy. He has consulted widely on solar building applications in Greece both for private and institutional clients. He has worked as a consultant on solar energy, natural gas, oil markets and energy security issues for large multinational companies and international organizations. He has worked as consultant for a number of international companies, advising them on policy and licensing issues, related to natural gas , infrastructure, oil and gas concession and licencing agreements and renewable energy sources large development projects.

Costis has lectured widely on energy issues. He has organised several national, regional and international conferences, seminars and workshops. He has pursued a parallel career as a specialized technical writer as for many years he was Athens correspondent for the Financial Times Newsletters and the Athens Daily “Kathimerini”. He coordinated the introduction of the highly successful joint FTSE/ASE-20 index in the Athens Stock Exchange (1997/1998).He has edited several books, conference proceedings and has published many specialized papers and studies on energy policy, solar energy, RES and energy markets. “The Greek Energy Directory” (1984, 2016), “The Greek Energy Market” (2001) and the “S.E. Europe Energy Outlook 2011” and “SEE Energy Outlook 206/17”, all edited by Costis Stambolis, are considered basic references on energy policy in Greece and SE Europe.