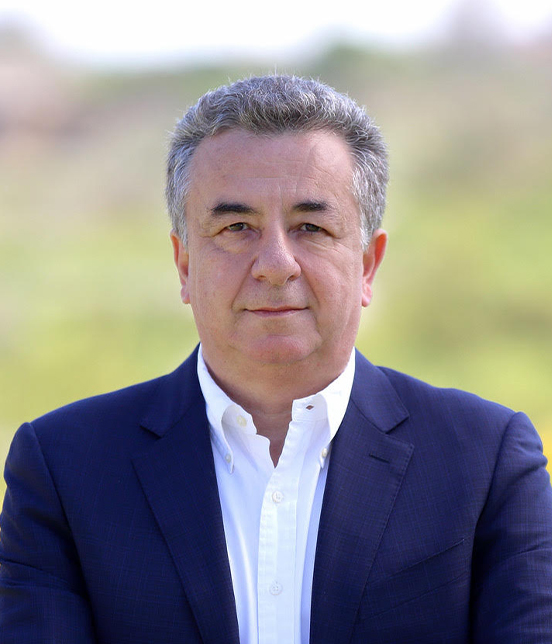 Mr. Stavros Arnaoutakis was born in 1956 in Archanes of Heraklion, Crete, where he was also reared. He is an Economist.

In 1990, he was elected Mayor of Archanes. He maintained that office until 2004.

During that period, Archanes were awarded the following prizes:

2nd Award at the European Contest “Integrated and Sustainable Development of Exceptional Quality” in 2000, and 1st Award at the Contest “Local Growth with Respect for the Natural and Human Environment”, in 2002.

From 2004 to 2009, he was elected member of the European Parliament. Besides, he actively participated in the Regional Development Committee, in the Fisheries Committee, as well as in the Delegation for Developing Relations with the Peoples’ Republic of China.

During the Parliamentary Elections in 2009, he was elected Member of Parliament under the Panhellenic Socialist Movement (PA.SO.K.) party and he took office as a Deputy Minister at the Ministry of Economy, Competitiveness and Shipping.

During the Regional Administration and Municipal Elections on 07.11.2010, he was elected Regional Governor of Crete.

In 2014, he was elected Governor of the Region of Crete for the second time and he holds this office until today.